The Board of Trustees of the Dutch Centre has the pleasure of inviting you to an exceptional evening of cello music by Benjamin Kruithof, the winner of the 2020 Cello Biennale Amsterdam, accompanied on the grand piano by Ana Bakradze. The concert will be followed by a drinks reception hosted by the Dutch Ambassador to the UK, His Excellency Karel van Oosterom.

This exclusive event, made possible by the kind support of our event sponsor, ABN AMRO Mees Pierson, will take place on Thursday 18 November 2021 from 7-9pm in the main hall of the Dutch Church, 7 Austin Friars, London EC2N 2HA. This will give guests plenty space to mingle while maintaining a comfortable social distance.

Benjamin Kruithof (born 1999) started playing the cello at the age of five. In 2014, he began his studies at the Conservatory of Cologne (Germany) with Maria Kliegel and Katharina Deserno. In 2018, he continued his studies in the class of Jens-Peter Maintz at the Universität der Künste in Berlin. Kruithof has been a prize-winner at various competitions, including the Knopf Competition, the Leopold Bellan International Competition, the International Flame Competition, the Grand Prix Anne et Françoise Groben, the Domenico Gabrielli competition in Berlin and, last but by no means least, the 2020 Cello Biennale in Amsterdam. In February 2020, he recorded his first CD with the Nordwestdeutsche Philharmonie. It is a very special occasion to have him perform for us in person in London.

To find out more about Benjamin Kruithof, visit his website.

The Dutch Centre was established in 2013 as a charity, with the mission of showcasing the very best of Dutch arts and culture. It holds a truly unique position within London’s rich cultural landscape and continues to successfully build cultural bridges between those “North Sea Neighbours”, the United Kingdom and the Netherlands. Over the past eight years, we have hosted over 200 events of all kinds and have welcomed well over 12,000 visitors. Our evening events are open to everyone and most of these are held in English or with English subtitles. We organise talks, panel discussions, film screenings, theatre performances, comedy evenings, concerts, exhibitions, and much more.

If you would like to join us for this exceptional evening on 18 November, we would be grateful for a voluntary suggested donation of £100 per person. If you would like to contribute another amount, please visit our Donate page and email lauren@dutchcentre.com to confirm your attendance.

As a financially independent charity, your contributions are absolutely vital for the Dutch Centre. All donations will go directly towards funding future programming, and will ensure that the Dutch Centre can continue to present the tremendous diversity of Dutch arts and culture to a UK audience for many more years to come.

Places are limited and will be released on a first come, first served basis. We look forward to seeing you on 18 November at what is sure to be a very special and memorable evening. 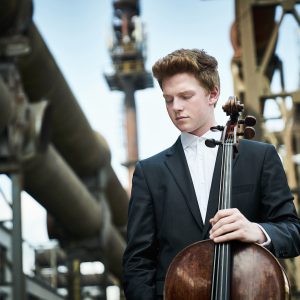