Get ready for the 3rd edition of Shortcutz Amsterdam Audience Award at the Dutch Centre!

This year the Audience Awards will be present in 28 cities across 4 continents. We are very excited that Dutch Centre is one of the locations again this year, where we can enjoy the seven nominations for this year’s Shortcutz Best Film Award!

Shortcutz Amsterdam is a platform for new  Dutch filmmakers. Dutch Centre will screen seven Dutch short films nominated for the best film of the year. And even better, YOU can vote for the short film you think should win the Audience Award!

See below for this year’s Shortcutz films that will be screened in the Dutch Centre this January!

AND THE NOMINEES ARE…

Accidents escalate and pile up when a bickering young couple finds themselves trapped within their wrecked car.

Joey (13) returns home to live with his mother Daphne after she has regained custody over him and his brother Ricardo (8). While celebrating their reunification, their resolve to restore the balance of their relationship is tested.

A young woman drives an old car along a coastal road towards a village. There is a man in the passenger seat, contemplating. Planning to shape the future of the village, as well as his own.

When mother Marit wants to discuss the behaviour of her son during a parent-teacher conference, teacher Yvonne can’t repress her pent-up feelings anymore. A murderous comedy with finger paint.

NOBU is a short film about former world champion karate and Japanese immigrant Nobuaki Konno. In this film his daughter and fashion designer Lisa Konno asks him about cultural differences while he wears a collection she made for him.

A man and a woman drive straight towards one another. They hit the breaks just in time and come to a standstill, facing each other. They’re both too stubborn to give way to the other. A life story begins. 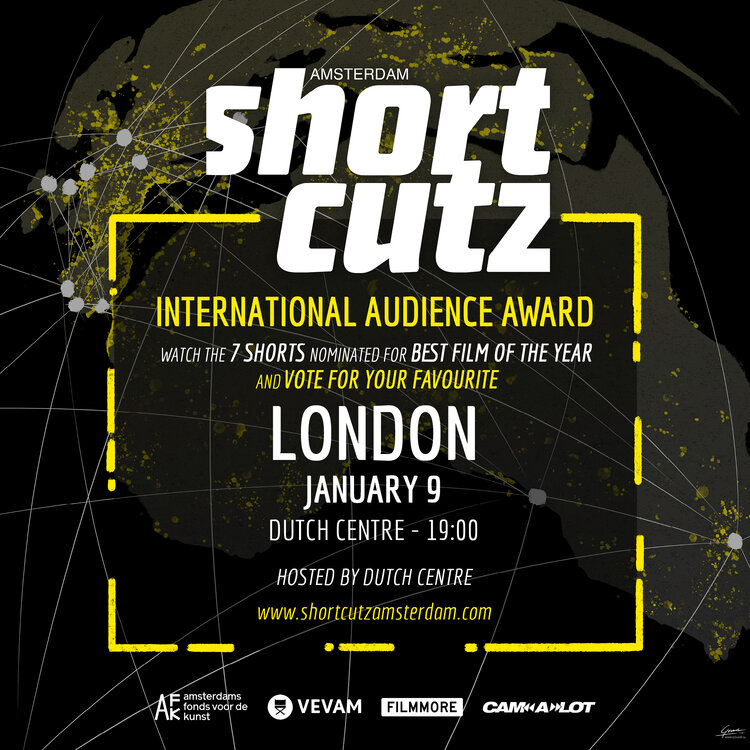